A TOWEL CAN TEACH YOU TO POWER THROUGH IMPACT 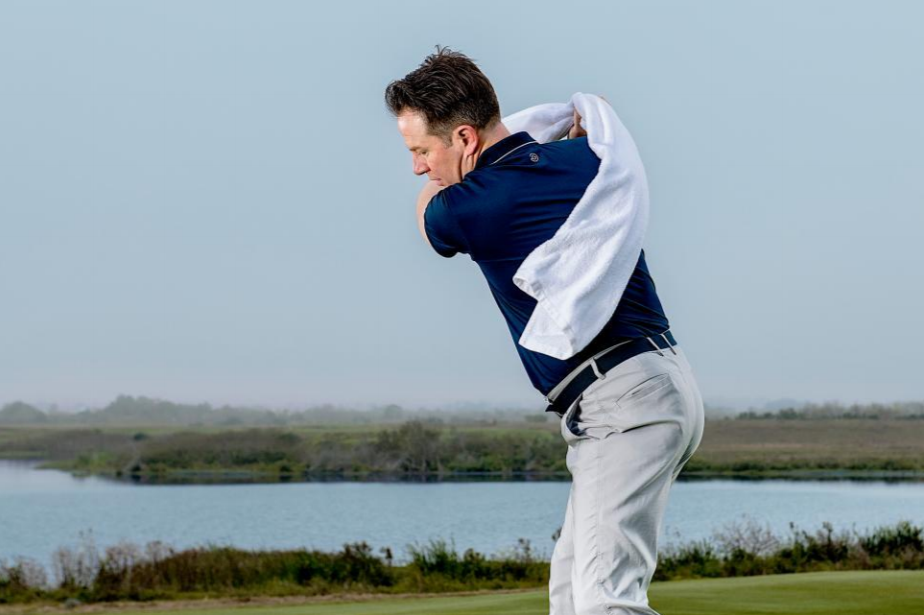 A TOWEL CAN TEACH YOU TO POWER THROUGH IMPACT

Sometimes the simplest things can be used to make your golf swing better. That’s certainly true of a standard bath towel, which has a lot of uses as a teaching tool. One of my favorites is using it to train good sequencing in the swing. Many amateurs struggle with the concept of completing the backswing and then starting down with gradual acceleration that puts the fastest part of the swing where it should be—through the impact zone. Instead, they rush through the backswing and the start of the downswing and get out of sync. Let me show you how a towel can correct that.
Roll up a bath towel and grab it at one end with your hands slightly apart, or you can use your golf grip if you like. Next, mimic a backswing as if you were holding a club, and wind up until the towel drapes across your back. When you feel the towel splay, that’s your cue to start the downswing.

The goal is to get the towel to make a snapping sound around the point where your club would make contact with the ball. To do that, you have to press down hard into the ground with your front foot. As your body unwinds in the direction the towel is moving, you’ll notice that to make the towel snap, your left leg has to straighten and your hips have to stop rotating. That lets your arms and the towel release toward the target. It’s a quick and powerful move. Repeat this drill several times, and you’ll get a good feel for the sequence of body, arms and then club when you swing.

Reach out to us at: